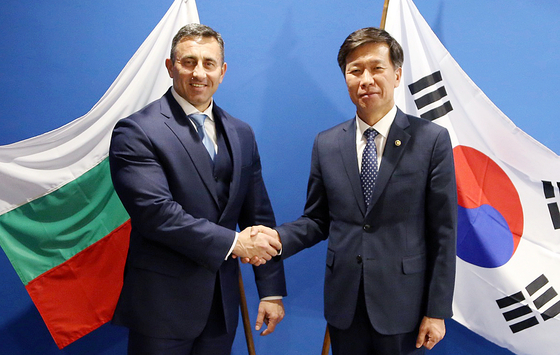 According to Korea’s National Tax Service, on Friday, Tax Commissioner Kim Dae-ji held a meeting with the head of the tax agencies of Britain and Bulgaria.

The meeting of the head of tax agencies between Korea and Bulgaria is his first.

One of the key issues that was discussed, according to the Korean tax agency, was the emergence of new tax avoidance schemes, including those that manipulate new financial products and hard-to-trace virtual assets.

The legacy of running businesses through illegal means is rapidly changing.

The key to fair taxation is to prevent offshore tax evasion, especially by those with exceptional wealth.

To do this, the sharing of information and experiences is essential.

Spetsov has shown interest in Korea’s digitized tax system, which the Korean National Tax Service presented at the general assembly of the Intra-European Organization of Tax Administrators in July 2021.

The system includes the use of latest technologies such as artificial intelligence, a virtual tax office, big data analysis and blockchain technologies.

Bulgaria has been asking Korea to share its experience with e-taxation since July.

The tax authority said it would pursue active “tax diplomacy” to support the sustainable growth of each cooperating country.